To tell you nowt but the truth, my broad beans have been nothing short of prolific. I cannot urge you enough to throw a few broad beans in the ground and watch them develop. They are so nutty and so so green. There’s nothing like picking a few pods and whiling away a few moments popping the little guys out of their silk lined beds. I really enjoy squeezing them out of their old grey skins once cooked. Unless I’m in a rush. 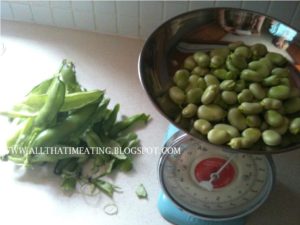 Despite all the care and affection I have given my beans I did manage to whip up some delectable meals and snacks. The first one (apart from eating a few raw off the stalk) was an omelette that I threw some of my emerald delights into. To start, I satisfyingly took the beans out of their homes.

Put in the omelette what you will. I had nothing shy of lots of butter, about 50g cheese, 6 eggs, fresh mint, two good handfuls of podded broad beans and some seasoning. 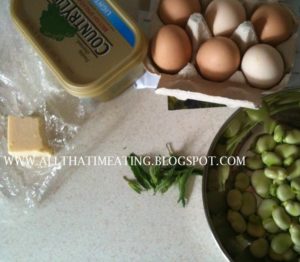 I boiled the beans and then coaxed them out of their tough armour. Chop them up a bit, it makes them go a bit further and makes you seem you are even more of a green fingered wizard. 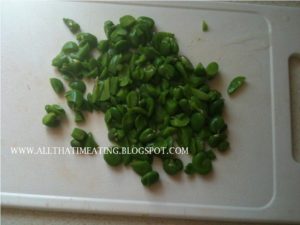 Put all of the ingredients in a bowl except the beans and butter. Melt the butter in a frying pan and add the egg/cheese mix. Once a little cooked, add the beans and leave it to its own devices. Once crisp and brown at the bottom, put the pan under a hot grill to crisp up the top. 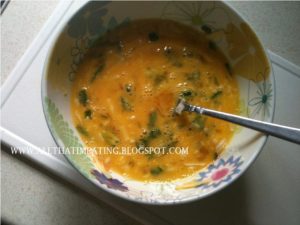 Here’s a tip – if you don’t have a frying pan with a new-fangled metal handle, wrap some foil around your plastic one and then it’s a doddle under the grill. 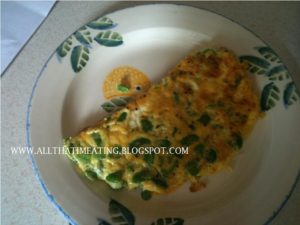 I then put some tomatoes in the same frying pan to give it a bit of zing on the side. A very good lunch.