First impressions are terribly important, but then so is not judging a book by its cover. This may look, on first glance, like a bowl of indistinct yellow mush but trust me, don’t judge this bowl of incredible-ness by its ‘rustic’ appearance. When I have a bowl of dahl it has to be three things: comforting, frugal and full of garlic. My Yellow Split Pea Dahl, which I have been trying and testing for some time now, fulfils all of my dahl needs and wants. Absolutely dahl-icious. 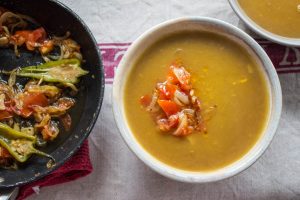 Having a pot of lentils bubbling and blipping away on the hob is one of the most comforting sounds. I love the mealy smell that comes from cooking up lentils and coupled with the amazing smell of frying, gently caramelising onions I can’t think of many meals that equal the anticipation.

Vegetarian (vegan if you leave the butter out), thick, full of garlic and lightly spiced this is the soup for autumn. It thickens up as it cools so don’t be perturbed if you get it out of the fridge the following day and think you should be slicing it. I eat it simply on its own but if you fancy cooking up some chapati or paratha and having a dunk, all the better. 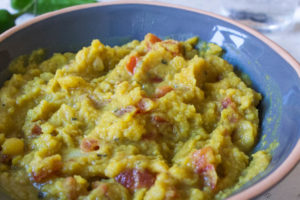 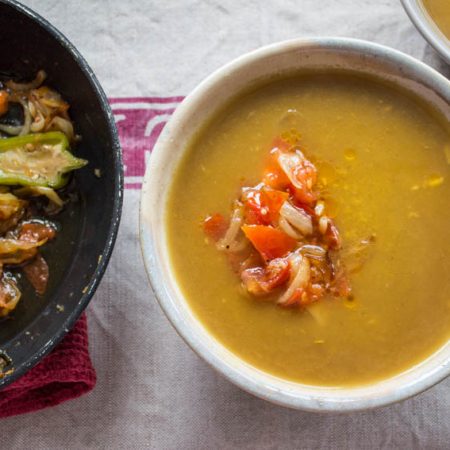